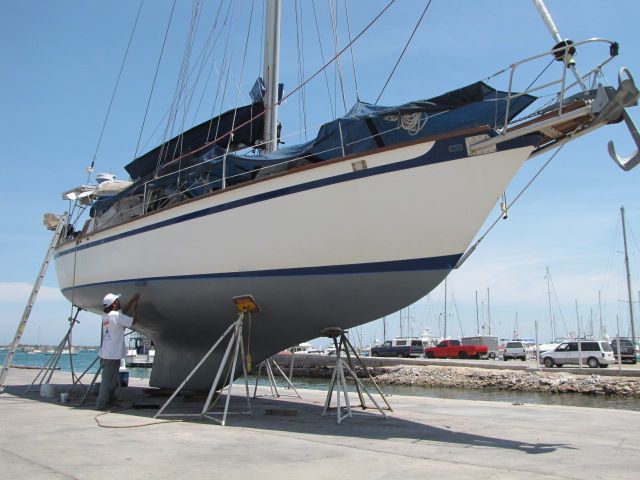 Well its about time I suppose. Been two years and maybe 10,000 miles of Pacific since I last made an entry. This will be a compressed catch up version. Left Mexico ( La Cruz) Alril of2015 heading down the coast slowly teaching yet another gal how to sail. Susan and I started by day sails and worked up to overnighters. Stopping along the way at Alcapulco and many others and finally arrived at Hualtaco where we provisioned, fueled and hung out for a few days waiting for a weather window to get down to Los Barillos. Arrived there late April and will say it is just like many Central and South American Bars. Dangerous and not something you would want to do during inclimate weather or a even slightly  weak boat. You are sideways to the surf and about five minutes from being on the beach if anything went wrong. The so called Pilot is as usual nothing more than a native in a Panga who has a bit of local knowledge and wants his 50 bucks, and is responsable for nothing. The guide book makes light of both of the bars into El Salvadore as do others who run the El Salvadore Rally and such. These bars are not to be taken lightly.
By early May We had done a bit of ElSalvador Travel and fueled and provisioned. Use your Baja Filter as this was some very ugly fuel. So we left and as it was late in the season had lots of lightening activity. We went out 200 miles which got us outside of most of it and headed for Bahia De Caraquez Ecuador something like 1100 miles away. We had sent an email to the Marina telling them of our ETA and called on the VHF. Seems like it was Channel 12 but there are new owners of the marina so check that before you dept. The next morning a panga showed up and guided us in. Turned out they were just fishermen looking to make an extra buck and the real panga with the pilot showed up halfway in and they both wanted to be paid. So lesson is get a discription of the actual panga the pilot uses before you arrive. This bar is another case of making sure of the weather and your boats steering and other systems before attempting. I did touch down having been caught on a wave that surfed me 500 yards accross the entrance. This is a SC 39 with a round stern which doesn’t easily surf. So the long shallow entrance presents forces I could never explain. 12 to 14 kts for 500 yards on a 6’ swell is enough to get your attention let me tell you. we arrived in to the marina and secured. We were checked in the next day and all was well. They use the US dollar for currency there and here is a bit of advice. Buy your hard liquor before you go to Ecuador. A bottle of Johnnie Walker Red is about a hundred bucks. We found some chilean reds almost reasonable.
Posted by Kim Philley at 6:05 PM